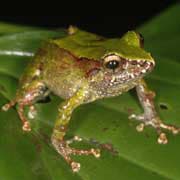 Amphibians and other animals must persist in landscapes that are becoming increasingly disturbed, and fragmented. The Zamudio lab has been trying to understand specific attributes of landscapes that might increase or decrease probability of persistence of species with different natural histories, and how landscapes changed by human activity interact with population genetic variability and disease epidemiology (see also, Diseases in Nature). The Zamudio Lab is taking a multi-dimensional approach, combining the studies of such landscape attributes, with genetics and genomics, and the animals themselves to understand threats to amphibian species and predict the outcome of diverse conservation actions. Sustaining biodiversity is a multi-dimensional problem, and any solutions will need to be multi-dimensional as well. 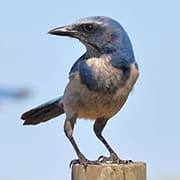 Organisms worldwide are facing rampant habitat fragmentation and population decline. Many conservation strategies have centered on preserving genetic diversity because loss of genetic variation is widely assumed to limit a population's ability to adapt to environmental change, further increasing probability of extinction. Despite widespread acceptance, this hypothesis has never been rigorously tested. A collaborative effort between the Clark and Fitzpatrick labs is combining current genomic technologies with a long-term field study of the endangered Florida Scrub-Jay to investigate the impact of population reduction on fundamental evolutionary processes and population viability. Ongoing projects aim to identify genes associated with ecologically important traits (e.g., reproduction and survival) in order to understand what governs dynamics of adaptive genetic variation. 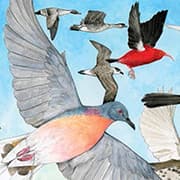 Irby Lovette runs the Fuller Evolutionary Biology Program at the Cornell Lab of Ornithology, where they specialize in discovering how the natural world functioned in the past and how new human activities are changing the way animals interact with their environment and one another. This area of conservation research bridges topics addressed with simple tools - like a pair of binoculars - and those which require cutting-edge technology, like genome sequencers and supercomputers. In essence, they link basic fieldwork with Cornell's impressive resources and expertise in technology, science, and the translation of research findings into real-world action. Some of their accomplishments include providing powerful, conservation-critical information about when the fragmentation of habitats leads to the extinction of remnant populations, defining the uniqueness of rare species and thereby help prioritize them for management, documenting how diseases and parasites put threatened populations at even greater risk, and discovering how humans have unwittingly caused dramatic changes in the ecology and behaviors of wild birds and other organisms.