Natural landscapes and ecosystems can process about 25% of carbon emissions caused by humans. However, innovations in technology, research and development could help these natural processes become more efficient – while also providing additional benefits to the health of the soil, plants, humans and animals.

Benjamin Z. Houlton, the Ronald P. Lynch Dean of the College of Agriculture and Life Sciences, joined a group of experts working with the Energy Futures Initiative (EFI) to identify key pathways for terrestrial carbon dioxide removal that merit further investment. The report, “From the Ground Up: Cutting-Edge Approaches for Land-Based Carbon Dioxide Removal,” published Dec. 10 on EFI’s website.

“The climate challenge is the biggest threat we have ever faced as a global society,” Houlton said. “We need to rapidly transition to a negative carbon economy – where emissions fall below carbon sinks – to avoid the most dangerous climate impacts on people, the economy and planet. This ‘moonshot’ challenge requires both renewable energy deployment and carbon dioxide capture on a worldwide scale.” 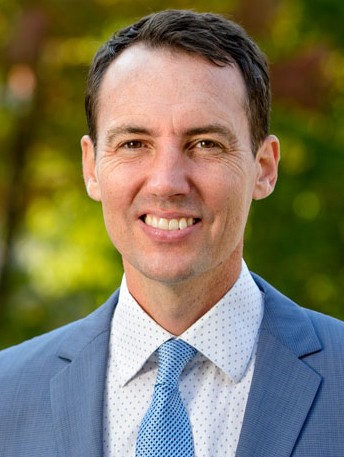 EFI is a nonprofit organization that advances climate change solutions through science-based analysis, coalition-building and thought leadership. The report is part of a series that explores ocean- and land-based strategies for carbon dioxide removal, providing policymakers with comprehensive background about the research, development and deployment options for each proposed idea.

Of the group’s recommendations, a technique called enhanced rock weathering shows strong potential for carbon sequestration, Houlton said. His ongoing research at the Working Lands Innovation Center, a collaborative whose mission is to catalyze carbon sequestration efforts on agricultural lands, shows that using rock dust as a soil additive on farms and ranches – which account for 50% of all habitable land in the world – can increase atmospheric carbon capture.

“As researchers and policymakers invest in the next era of climate change solutions, enhanced rock weathering combined with other soil amendments, such as biochar and compost, offers a front-line technology, which can safely lock up carbon for thousands of years,” Houlton said.

Additional solutions put forward by EFI’s expert panel involve innovations in biotechnology such as genetic engineering, synthetic biology and genome editing, which could create new varieties of cash crops that have a greater capacity for carbon uptake. Breeding efforts would develop other traits essential to the agricultural industry, including resistance to threats from disease, pests and weather.

Houlton said that the report’s authors also wanted to set the stage for discussions around the social, legal and ethical implications of future biological and technological innovations.

“We can design all the best technology and breed better and better plant varieties, but we really have to figure out what it will take for people to trust and adopt them,” he said. “We need to develop incentives for farmers and ranchers so they get paid for their carbon sequestration and ecosystem services.”

The EFI report is being used to shape new climate solutions policies at federal, state and local levels.

“We have to unify around these grand challenges, bring all the stakeholders to the table and mobilize solutions as quickly as possible, which requires a huge R&D investment,” Houlton said. “Food system transformation is one of the most important issues of our time, and agriculture must be poised to feed a growing world population while creating negative carbon emissions.”

Jana Wiegand is the editorial content manager for the College of Agriculture and Life Sciences.

James Larison ’70, PhD ’01, Reflects on his Career as a Nature Filmmaker

The origins of newness, revealed in a butterfly wing