Anurag Agrawal is an expert in monarch butterflies and their migratory lives—so he has long known the details of their winter sojourn to Mexico, where hundreds of millions of insects spend months clustered on trees in a state of semi-somnolence. But even he wasn’t prepared for the reality of viewing it firsthand. “It was unbelievable to see their tattered wings, knowing that they’ve come from New York State or Ontario,” he recalls. “And the sheer density—in one meter squared, there’s 5,000 butterflies. You can’t be prepared for that.” Some mornings, he says, sunlight would warm the insects enough to rouse them, and they’d take off en masse in search of a sip of water or floral nectar. “There are 20,000 butterflies all clustered, and then something happens and they all decide to fly,” Agrawal marvels. “You weren’t even positive they were alive, and they take to the air. It’s magical.” 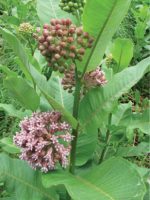 The James A. Perkins Professor of Environmental Studies, Agrawal is an evolutionary ecologist who studies not only monarchs but their sole food source: milkweed. In his lab in Corson Hall—and in fieldwork throughout North America—he explores the relationship between the plant and its tenacious consumer. As Agrawal notes, monarch caterpillars manage to thrive on milkweed despite its potent defenses, which include a toxic, sticky, white fluid (known as latex) that gushes at the ravenous newborn bugs with the relative force of a fire hose the moment they bite into a leaf. The butterflies themselves have a lifespan of just two to six weeks—except for an annual “Methuselah” generation, which lives for six to eight months. Its members fly thousands of miles from the Northeast to overwinter in Mexico, then commute back up to Texas to breed and eventually perish. The next generation then continues the journey north. “Butterflies are the ultimate transformers,” Agrawal observes. “They have these two phases of their lives: the eating phase as a caterpillar, then they turn into this other creature where their only job is to mate, fly around, and lay eggs.” 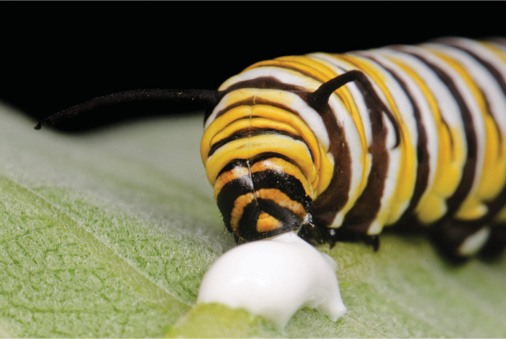 A monarch caterpillar dines on a milkweed leaf, which exudes toxic latex.Ellen Woods

Agrawal’s research projects have included studying the differences between various species of milkweed—he planted samples from all over the world in a common garden on campus, then assessed how appealing they were to monarchs—and isolating milkweed’s individual toxins in the lab. The insects themselves, he says, “are very tractable to study. We can have colonies with hundreds of butterflies; an individual might lay 300 eggs for us, and we can mate specific males to specific females.” When it comes to monarchs, Agrawal says, “They’re just part of me. I dream about them.”

Agrawal in the field, surrounded by milkweed plants.Provided

But all is not well in the monarch world. While Agrawal stresses that the species is by no means in danger of extinction—there are self-sustaining populations in locales as far flung as Spain, Hawaii, and New Zealand—something is going awry with their annual migration in North America. While the population that Agrawal focuses on—which mainly commutes from the Northeastern U.S. south to Mexico and back again with the seasons—has seen its numbers fluctuate over the years, there has been an overall downward trajectory of overwintering monarchs in Mexico over the past quarter-century. As he and a colleague wrote in the journal Science last summer: “The sustainability of their long-distance migration in the Americas is in question, and understanding the mechanisms driving their decline is crucial to reversing the trend.”

Those potential reasons, unsurprisingly, include climate change—which could have such effects as causing droughts that deprive monarchs of needed water, changing the ecology of the forests in which they overwinter, and raising temperatures enough to prompt the butterflies to be active when they should reserve energy for their return journey north. Other potential causes, on which Agrawal’s investigations are ongoing, include pesticides, pollution, and habitat fragmentation, such as having highways cut through their migratory routes. (As he noted in the Washington Post a couple of years ago, “Twenty million monarchs die in car accidents every year on their way to Mexico.”) Another potential—though unproven—factor: cell phone towers, which some believe could interfere with the butterflies’ ability to navigate. “Monarchs are sentinels for the health of our continent,” he says. “And it’s not just monarchs that are declining. Most neotropical migratory bird species, like tree swallows, are showing equal and correlated declines. That, to me, says that there is some serious, continent-wide degradation going on that is impacting many species. It’s unclear what that alarm bell is signaling—but it’s signaling something. Something will be lost, whether it’s environmental health or human health.”

Agrawal covers this and much more in Monarchs and Milkweed, his 2017 book from Princeton University Press. Subtitled A Migrating Butterfly, a Poisonous Plant, and Their Remarkable Story of Coevolution, the hardcover was named one of the year’s ten best biology books by Forbes, and Kirkus lauded it as “a lively, highly informative introduction to significant research in ecology that highlights the importance of conserving our natural habitats.” In addition to an exhaustive dive into monarchs, milkweed, and their dramatic interactions, Agrawal covers such unorthodox territory as the time he cooked milkweed shoots for dinner and passed it off to his family as asparagus. (They liked it.) At another meal, not mentioned in the book, he topped homemade pizza with monarch frass—also known as baby butterfly poop. “Caterpillar frass is nothing other than chopped up leaves with some of the nutrients and toxins taken out of them,” he explains, noting that it “just tasted like ‘green.’ ”

Asked to ponder why humans tend to find monarchs so appealing, Agrawal cites multiple reasons. There’s their sheer beauty, with striking orange-and-black coloration; the ubiquity of the caterpillar, with its distinctive yellow and white stripes; the fact that they’re easy for schoolchildren and hobbyists to rear at home; and their notorious reputation for being toxic enough to spark vomiting in birds unwise enough to eat them. And of course, there’s their indefatigable, and visually stunning, seasonal commute. “A wildebeest migration is spectacular—but it seems unfathomable that an insect that weighs as much as a paperclip would travel the same distance,” Agrawal says. “That just blows people’s minds—as it does mine, every time I think about it.”