Male birds-of-paradise are famous for their showmanship: wildly extravagant plumage, complex vocal arrangements and shape-shifting dance moves. They’ve starred in their own primetime TV documentary, been splashed across the pages of National Geographic magazine and amazed museum patrons. 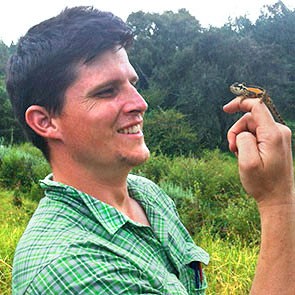 New research published in the open-access journal PLOS Biology suggests for the first time that everything in those male theatrical breeding displays is driven by one thing: the female. Female preferences for a combination of looks and moves drive evolution of the physical and behavioral trait combinations observed in the birds-of-paradise. A team led by Cornell Lab of Ornithology postdoctoral researcher Russell Ligon examined almost 1,000 video clips and 200 audio clips from the Cornell lab’s Macaulay Library of natural history media, along with nearly 400 specimens from the American Museum of Natural History, to analyze the richness and diversity of the colors, dancing and sounds of breeding displays by male birds-of-paradise. 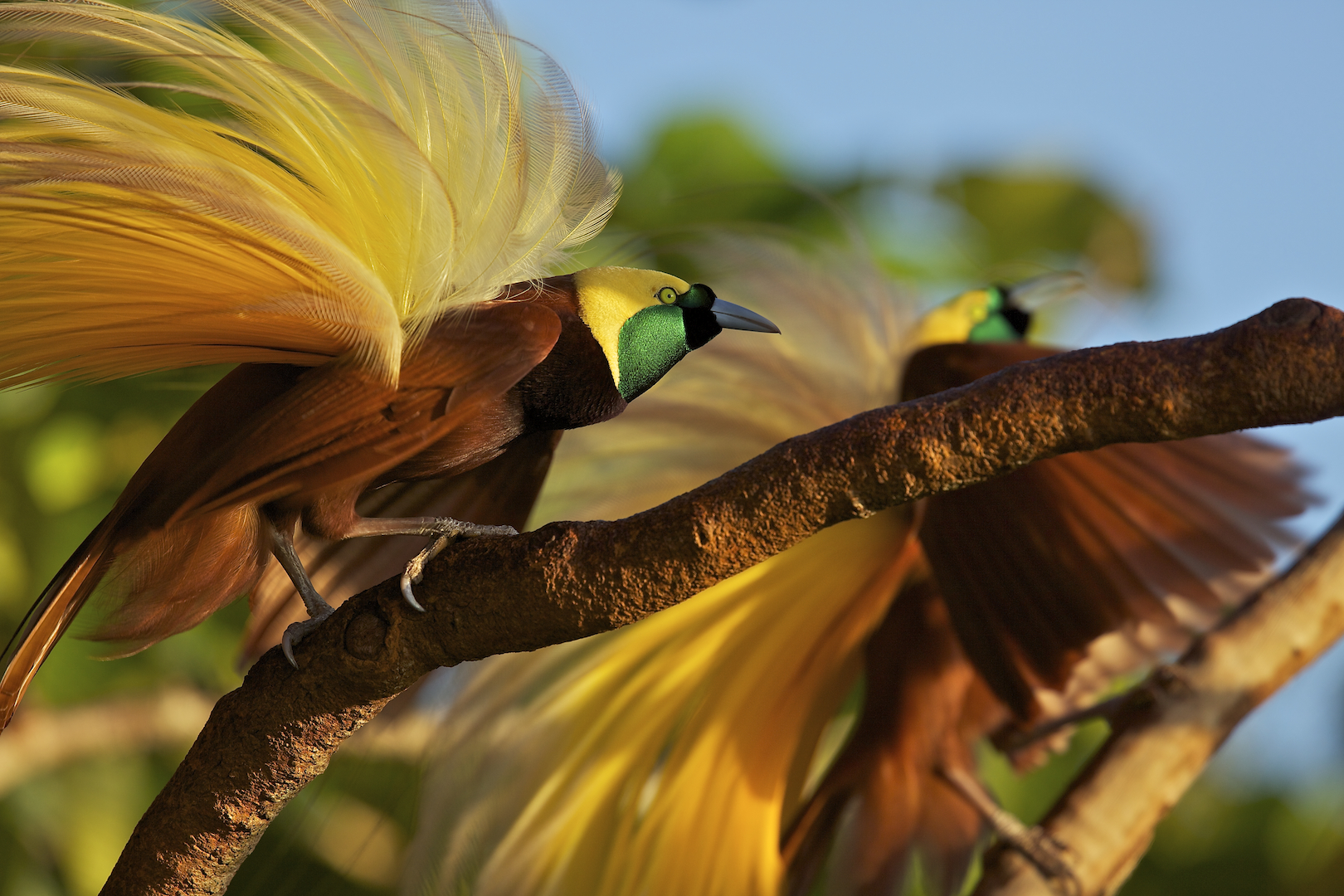 The brightly colored greater bird-of-paradise displays in the canopy.

Their results suggest female birds-of-paradise evaluate multiple aspects of a male’s breeding display at once. The females don’t just consider how the male looks but also how well he sings and dances. Female preferences for certain combinations of these traits – such as electric-blue feathers displayed during a promenade around the forest floor, or elaborate plumes flared out during an excited bout of hopping and rapid-fire high-volume squawking – result in what the researchers call a “courtship phenotype,” or a bundle of physical and behavioral traits during breeding displays.

Ligon and his colleagues also discovered that where a male performs his breeding displays seems to affect the behavior in the display. “Species that display on the ground have more dance moves than those displaying in the treetops,” said Edwin Scholes, Birds-of-Paradise Project research leader at the Cornell Lab of Ornithology. “On the dark forest floor, males may need to up their game to get female attention.”

“Species that display on the ground have more dance moves than those displaying in the treetops.”

On the other hand, males in the treetops sang more complex notes during their displays, because sound carries better up high where there is less interference from trees and shrubs. But their dances were less elaborate – perhaps due to the risks of dancing on a wobbly branch.

There are 40 known species of birds-of-paradise, mostly found in New Guinea and northern Australia. This isolated family of birds had the opportunity to evolve outlandish male breeding displays thanks to the absence of mammalian competitors, thus making a compelling case for the power of sexual selection. Since the birds didn’t have to worry about fighting over fruit with monkeys and squirrels, females could spend more time choosing a mate. More time spent evaluating mates pushes males to stand out from others, whether through voice, feathers or dance.

The Vogelkop superb bird-of-paradise dances on the forest floor.

The research is the first to suggest that it is the combination of physical and behavioral traits that enable elaborate plumages and behaviors to evolve in the first place. Because females choose males based on more than one characteristic, Ligon said, evolution favored “fancier and fancier males.”

The article originally appeared in the Cornell Chronicle.