As the cherished rainforest in South America’s Amazon River region continues to shrink, the river itself now presents evidence of other dangers: the overexploitation of freshwater fish.

The biodiversity of the Amazon’s freshwater species is under strong fishing pressure, according to the first large-scale, pan-Amazonian examination, conducted by a group of international scientists and led by Cornell researchers. Their findings – based on examining decades of fishery landings (the places such as ports where fishers leave their catch) records from Brazil and Peru – indicate a stress that menaces the region’s ability to provide protein and other essential nutrients.

The new research was published June 8 in the Proceedings of the Royal Society B.

“We are seeing a decline in large-bodied species,” said lead author Sebastian Heilpern, a Cornell Presidential Postdoctoral Fellow, who works with Peter McIntyre, associate professor, and Alex Flecker, professor, both in the College of Agriculture and Life Sciences.

“Large-body species are more vulnerable as they are slower to develop. As they decline, we see they are also being replaced by smaller species,” Heilpern said. “This pattern is consistent with overexploitation.”

Heilpern explained that as fish species are replaced, harvests can be maintained. But eventually, evidence from scientific models suggest that harvests can collapse. “The continued depletion of fish biodiversity reduces the pool of compensating species,” he said, “further diminishing the fishery resilience”.

Effectively overfishing is withdrawing from the natural sustainability savings account and biological security found in diversity. “There is a bank of fish species able to compensate for the loss of one species,” Heilpern said. “But as the bank is depleted, we experience a loss of compensatory potential. It indicates that the sustainability is declining.”

The Amazon River is one of the most productive and diverse freshwater ecosystems on the planet, according to the paper. The people living in the region have some of the highest rates of fish consumption in the world, about 110 pounds per person annually.

To gain perspective, the percentage of freshwater fish stocks with biologically sustainable levels was 90% in 1990, according to a 2020 Food and Agricultural Organization (United Nations) report. Sustainability, however, had dropped to 65.8% by 2017.

Where fisheries management was absent or ineffective, fish stock status was poor and deteriorating, the FAO report said.

In the Amazon, better monitoring, enforcement of regulations and governance are needed to sustain fisheries, Heilpern’s paper suggests. “Additionally, expanding protected areas can maintain habitats that are critical for many fish species,” he said.

More biodiversity can delay the collapse of fisheries. “While existing landing data provide an incomplete snapshot of long-term dynamics,” Helipern said, “our work shows that multispecies exploitation is affecting freshwater biodiversity and eroding fishery resilience in the Amazon.”

In addition to Heilpern and senior author Flecker on the paper, “Biodiversity Underpins Fisheries Resilience to Exploitation in the Amazon River Basin,” co-author includes Suresh A. Sethi, assistant unit leader, of the New York Cooperative Fish and Wildlife Research Unit, and associate professor (courtesy) in the Department of Natural Resources and the Environment (CALS).

The research was partially funded by the Cornell Presidential Postdoctoral Fellows. Flecker, McIntyre and Sethi are faculty fellows at the Cornell Atkinson Center for Sustainability.

Study to focus on climate impact of NYS ponds, wetlands 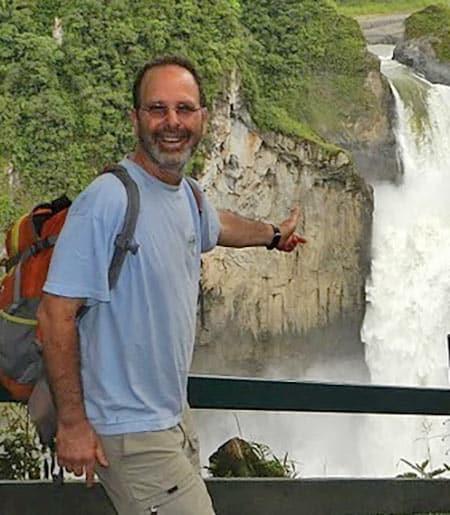