For years Kwesi Joseph has been experimenting with adding nutrients to improve his garden’s soil health. First it was peanut shells to increase carbon, then ground-up eggshells to boost calcium. As a former earth science teacher, he wondered whether mixing pulverized rock into his soil could add the broad spectrum of micronutrients he needed to help his plants thrive.

“I thought, ‘Soil is really just weathered rock. If I just take care of the soil by providing an ideal environment for the life in the soil, then the plants will know what to do,’” Joseph said.

Driven by a desire to provide food security, independence and improved nutrition, Joseph, now an urban gardens specialist with Cornell Cooperative Extension, is working with Cornell biogeochemists to incorporate rock dust in soils, a technique that captures carbon while improving soil health and crop yields.

The rock dust project is one of several “smart carbon capture” studies being led by scientists in the College of Agriculture and Life Sciences that not only address the existential threat of a changing climate, but also support farmers, human nutrition, wildlife and more. An ecologist is studying how to design ponds to maximize their carbon storage potential, a strategy that will also support drought resilience for farmers. And a social scientist is working to understand the needs and values of New York landowners on their willingness to reforest shrubland, which would sequester carbon while creating habitat for wildlife and a potential economic resource for landowners.

Joseph is partnering with Ben Houlton, the Ronald P. Lynch Dean of the College of Agriculture and Life Sciences and professor of ecology and evolutionary biology and of global development; Garrett Boudinot, a research associate in the Department of Ecology and Evolutionary Biology; and the Hands and Heart Community Garden in Brooklyn, New York, to test crop yields, crop nutrient density and carbon storage in garden beds treated with rock dust.

“The only way to address the climate crisis is to develop holistic solutions that also create co-benefits, especially for industry, landowners and farmers who are critical allies in this fight,” said Houlton. “Farmers specifically have been using rock dust as a fertilizer for centuries because rocks have micronutrients that are hard to come by otherwise; they improve soil chemistry and help retain nutrients. And this drives the process that pulls CO2 out of the atmosphere.”

Basalt, the most common type of rock on Earth, contains high concentrations of calcium and magnesium, which chemically react with atmospheric CO2 and bind it in solid rock to form calcite, dolomite and magnesite. The natural process of rain falling on mountains and other rocks removes approximately 1 gigaton of carbon from the atmosphere each year. Adding pulverized basalt to farm fields could remove up to 4 tons of CO2 per acre, Houlton said, and if the practice were adopted across all of Earth’s agricultural lands, rock dust could sequester 4 to 10 additional gigatons of carbon dioxide annually. For comparison, the United States released 4.87 gigatons of CO2 in 2021.

And fortuitously, rock dust is readily available: Mining companies often dig through basalt to get to the materials they seek, said Houlton. For example, SGI, the metabasalt mining company that supplied the rock dust for the Brooklyn trial, has an abundance of nutrient-dense rock dust from its manufacturing process that is suitable for CO2 capture and which the company would otherwise have to store or transport offsite.

“Industry partnerships such as this have multiple co-benefits and are critical to being able to quickly scale solutions,” he said. “There are millions of tons of existing pulverized rock all over the world that are perfect chemistry for smart carbon capture.”

For the urban garden project that Houlton is conducting with Joseph and Boudinot, the application of rock dust to raised garden beds holds a lot of promise, allowing them to architect a soil environment from scratch, incorporating rock dust at a higher rate and increased depth.

“All of these factors could potentially accelerate the amount of carbon dioxide that can be removed from the atmosphere,” said Boudinot, who also is a Cornell Atkinson Center for Sustainability faculty fellow. “There’s a lot of potential for this approach to demonstrate a series of wins for all involved – growers, consumers, industry and the planet.”

For Joseph, improving soils while capturing carbon would be a critical step in helping people around the world. He was still a child when he first started thinking about food and agriculture as a form of justice. His native Guyana had just succeeded in gaining independence from Britain, and the country’s new leaders had emphasized the importance of food security as a form of national security.

This article originally appeared as a Cornell CALS spotlight. 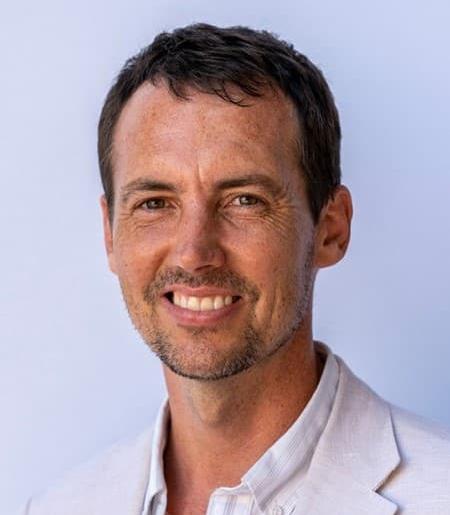 Professor Ronald P. Lynch Dean of the College of Agriculture and Life Sciences