Renowned naturalist Wesley Newcomb scoured the Hawaiian Islands in the 1850s in search of living treasure: land snails and their intricate, domed shells. The specimens he assembled in Hawaii and around the world would form a vast collection of mollusks, with numerous species that would become critically threatened and, in some cases, extinct.

When Ezra Cornell brought Newcomb to his new university in 1867 as curator of the Cornell Museum, the Newcomb Collection became a cornerstone of the university’s ecological knowledge. For more than 150 years, those specimens and thousands of others collected around the world have provided key insights to researchers studying malacology, the branch of zoology involving mollusks.

Soon, Cornell’s Malacology Collection will get new life online, as the Department of Ecology and Evolutionary Biology (EEB) is donating its holdings to the Cornell-affiliated Paleontological Research Institution (PRI), which plans to digitize the collection and make it available to researchers around the world.

“Digitization is the future of collections,” said Greg Dietl, curator of Cenozoic invertebrates at PRI and Cornell adjunct associate professor of earth and atmospheric sciences. “New questions can be asked from a research perspective, fostering discovery that simply wasn’t possible before.”

Mollusks – invertebrates like clams and snails – number around 85,000 species around the world. Another 100,000 fossil species have been catalogued. Nearly a quarter of all named marine organisms are mollusks.

Cornell’s Malacology Collection, valued at more than $230,000, is a rich trove of material that demonstrates the diversity of life and the threats organisms of all kinds face from environmental changes.

“This historic collection will benefit from the malacology resources at Paleontological Research Institution,” said Drew Harvell, curator of the Malacology and Blaschka Collections and professor of ecology and evolutionary biology in the College of Agriculture and Life Sciences.

The Newcomb Collection is one of several sub-collections in the Malacology Collection. The Smith Collection was assembled by Julian C. Smith Jr. ’41, M.Eng. ’42, professor emeritus of chemical and biomolecular engineering, who died in 2015. Smith collected land snails in Tompkins County for four decades starting in 1952. Species that were abundant when he first collected them are now rare today, mirroring a decline in native land snails in central New York.

Another sub-collection features clams and freshwater bivalves from Tompkins County. Carlotta Maury trained as a paleontologist at Cornell and collected her specimens with great location detail. Those species are now either rare or locally extinct due to habitat and environmental changes.

Half of the more than 3,000,000 specimens in the PRI collection are mollusks.

“PRI is a mandatory stop for researchers studying fossil mollusks on any tour of major American collections,” Dietl said. “The collection also includes modern, nonfossil mollusks. The reason why PRI has shells of living mollusks in its collection is simple: It’s very important for paleontologists to be able to make comparisons between fossils and the shells of their living counterparts.”

Dozens of the mollusk shells from Cornell’s Malacology Collection that were donated to Paleontological Research Institution.

The history of collaboration between PRI and the EEB collections dates to the mid-20th century and helps maximize the collection’s utility for research purposes, according to Dietl.

Cornell researchers first provided the Malacology Collection to PRI in 1995 for research needs. But because PRI didn’t own the collection, their curators were not allowed to put their own catalog numbers on the collection and make it available online. As the internet expanded and digital records became even more important for ecological research, it was clear the collection would be most useful if digitized.

“The value of a collection is not what we have in the drawers, but in what we send out to the world,” Dietl said.

This story also appeared in the Cornell Chronicle. 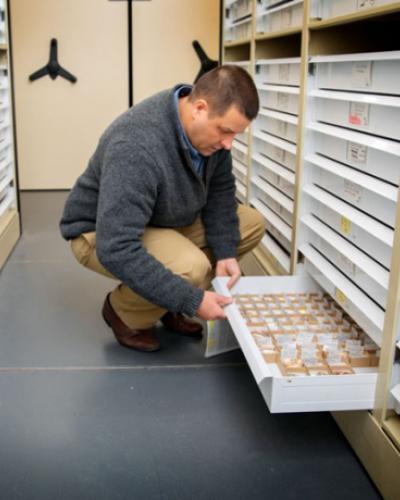 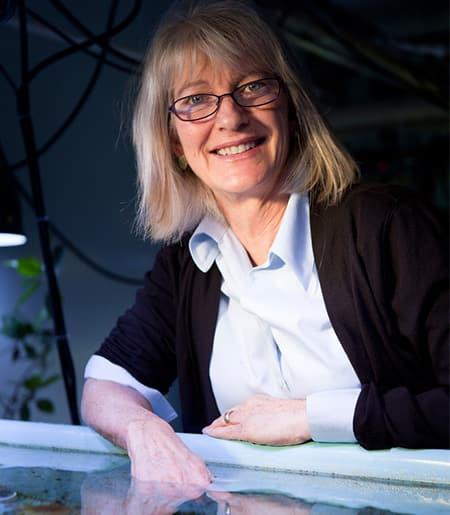