In an adaptation to climate change, tree swallows have become smaller over the last three decades, an ongoing study based in Tompkins County has found.

Changing conditions on nonbreeding grounds may be linked to a greater number of small adults from this population surviving the winter, according to the study, “Selection Counteracts Developmental Plasticity in Body-Size Responses to Climate Change,” which published August. 29 in Nature Climate Change.

“For this study, we looked at specific stages in the tree swallow’s life cycle,” said lead author Ryan Shipley, Ph.D. ’18. “The model that best explained the increased survival rate of smaller adults pointed to conditions on their non-breeding grounds. For this population, that’s Florida, where they gather in big, noisy roosts during the winter months.”

Shipley worked with the Tompkins County swallows and conceived the study while earning his Ph.D. from Cornell. He is currently a research scientist at the Federal Institute for Aquatic Research and Technology in Switzerland.

The researchers determined that adult body size in this population was only weakly linked to chick size. In warmer springs, they noted, wild swallow chicks in this group tend to be much larger, though their average size has not changed over time.

“What we think we’re seeing is that more small birds, who would typically die after fledging during migration or the winter months, are surviving and returning to the breeding grounds the next year,” Shipley said. “Individual birds aren’t getting smaller, but rather if you measured 100 of them, there are more small ones in that sample. The next question becomes, why are more small birds surviving?”

Warmer winters may allow more small birds to survive, and it also may increase the availability of insect food. Though direct data collection on numbers of insects in Florida is needed, scientists can make some logical inferences from tracked weather conditions.

“By looking at reports from automated weather stations, we learned that conditions on the Florida wintering grounds are warmer and drier,” said study co-author Maren Vitousek, an associate professor in the Department of Ecology and Evolutionary Biology. “Those conditions favor the hatching of more insects. With more food available, we suspect a larger number of smaller birds are surviving and returning north to breed.”

But there are consequences. Smaller female tree swallows successfully fledge fewer chicks so, over time, the net result could be a reduction in numbers. Smaller birds of both sexes also have a reduced ability to withstand the rigors of migration or sudden cold snaps on their northern breeding grounds. Variations in bird body size boils down to maintaining enough energy reserves to fly efficiently, get through tough times, reproduce and migrate.

“I think one of the surprising things about this study is that the overall shift in temperature is so small – less than a degree – and yet it still may be having a significant effect on food supply and body sizes for these tree swallows,” Vitousek said. “Even tiny changes can have a big impact on a bird that weighs less than an ounce, and swallows are particularly sensitive to climate change.”

Other climate change studies by the authors have already established that tree swallows overall are laying eggs about 12 days sooner than they used to. Insects are also hatching out sooner, but not enough to make up the mismatch in timing. Currently tree swallows are common, but the overall population shows a cumulative decline of 30% between 1966 and 2019, according to the North American Breeding Bird Survey.

The large database with massive amounts of information about tree swallows in Tompkins County makes this one of the largest studies of its kind.

“Most of the other studies that have examined body size have relied on adult bird museum specimens,” Shipley said. “We’ve based our study on living, wild birds, measuring both adults and chicks through decades.”

Conclusions related to the New York birds may not necessarily hold true for populations in other parts of the country. For example, West Coast tree swallows migrate to Mexico and Central America, where the major challenges confronting them may be different.

Can the swallows adjust to climate change? Birds are adaptable but it’s the pace of climate change that may make it impossible to for them to keep up.

“There may be a lot of unintended consequences from these climate shifts that we’re simply unaware of,” Vitousek said, “because in most species we don’t have the kind of long-term data necessary to reveal them. And that’s scary.”

The research was supported by the National Science Foundation.

Pat Leonard is a writer for the Cornell Lab of Ornithology.

Read the original article in the Cornell Chronicle. 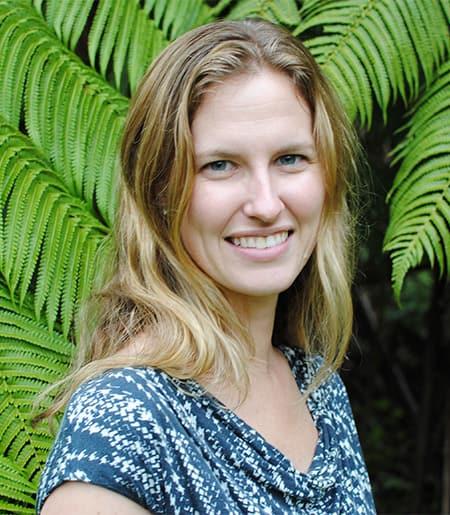