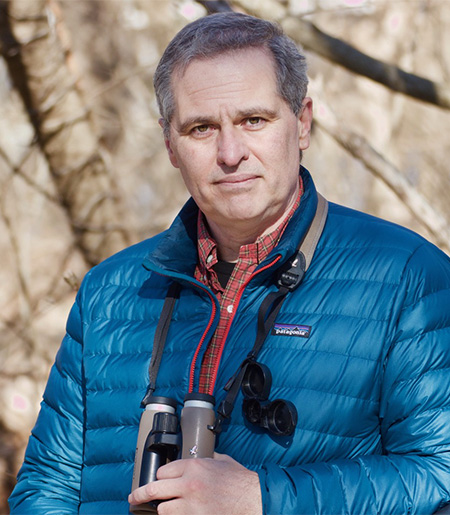 I am an ornithologist interested in the ecology, evolution and conservation of birds, and using the power of birds to engage the public with big questions in science and global sustainability.

Since 2021 I have been Director of the Cornell Laboratory of Ornithology, a pioneering scientific institute that brings together major programs in technology, research, education, communications and conservation for birds at a global scale. As well as being a research and training powerhouse, the Cornell Lab has a high public profile as the home of a series of citizen science projects, apps and websites such as eBird, Merlin, All About Birds, Bird Cams, Celebrate Urban Birds, Birds of the World and the Macaulay Library of sound recordings. These projects are powered by hundreds of thousands of birders and members of the public from around the world that together have contributed over 1 billion observations, representing one of the world’s largest sources of information on the health of nature.

Prior to joining the Cornell, I worked at the Smithsonian’s National Museum of Natural History in Washington DC, where I was Deputy Director and had responsibilities spanning collections, research, exhibitions, education and operations. Before being at the Smithsonian, I held posts in the UK and Australia as Director of Science at the Natural History Museum in London, Professor in Evolutionary Ecology at Imperial College London, Chair of Imperial’s Department of Life Sciences, Deputy Director of the NERC Centre for Population Biology at Silwood Park, and Assistant Professor in Ecology at the University of Queensland.

The central question of our research is, what are the ecological and evolutionary mechanisms that drive biological diversification? We tackle this question at both macro- and microevolutionary scales using a combination of field experiments, genetic analyses and phylogenetic and spatial analyses. Almost all of my work is based on birds because of the unrivalled depth of information on the ecology, behavior, systematics and geographical distribution of bird species, and the ability to manipulate genetic pedigrees, observe behavior and monitor individual reproduction and mortality in free-living bird populations.

Our research program focuses on three inter-twining themes: general rules in global biogeography and macroecology and the implications for large-scale conservation planning; evolutionary divergence in life histories, mating systems and extinction risk across bird lineages; and the genetic basis of evolution wild populations. All of these themes are based on bringing together multi-disciplinary research teams, collating big new data sets, and developing novel analytical techniques.